Store undiluted at 4°C and protected from prolonged exposure to light. Do not freeze. The monoclonal antibody was purified from tissue culture supernatant or ascites by affinity chromatography. The antibody was conjugated to the dye under optimum conditions and unconjugated antibody and free dye were removed.
显示较多信息

BD® CompBeads can be used as surrogates to assess fluorescence spillover (Compensation).  When fluorochrome conjugated antibodies are bound to CompBeads, they have spectral properties very similar to cells.   However, for some fluorochromes there can be small differences in spectral emissions compared to cells, resulting in spillover values that differ when compared to biological controls.  It is strongly recommended that when using a reagent for the first time, users compare the spillover on cell and CompBead to ensure that BD® CompBeads are appropriate for your specific cellular application. 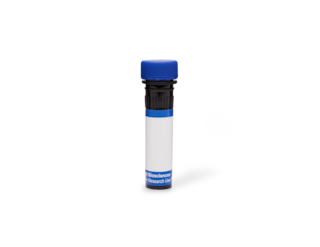 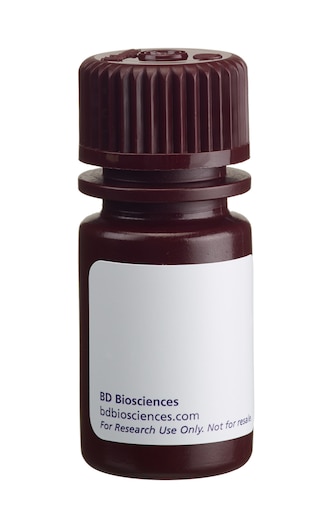 The A2F10 monoclonal antibody specifically binds to Flk-2/Flt3 (Ly-72, CD135), a receptor protein tyrosine kinase closely related to c-kit, c-fms, and PDGF Receptor of the immunoglobulin superfamily. The Flt3 message is detected in hematopoietic stem cells and primitive progenitor cells in fetal liver, adult bone marrow, and fetal and adult thymus, as well as brain, placenta, and testis; but it is absent in more mature hematopoietic cells. In flow cytometric analysis, the A2F10 antibody recognizes Flt3-transfected Y3 cells (rat myeloma), but not the parent cell line in addition to recognizing early B lymphoid lineage cells in juvenile and adult bone marrow. A role for CD135 in the regulation of hematopoiesis is suggested by the observations that soluble Flk-2/Flt3 ligand can both stimulate proliferation of stem cell-enriched fetal liver, fetal thymus, and adult bone marrow populations and enhance their responses to other growth factors in vitro. In addition, injection of Flk-2/Flt3 ligand stimulates extramedullary hematopoiesis in the mouse spleen and accumulation of dendritic cells in the hematopoietic system.  mAb A2F10.1 is reported to immunoprecipitate a 150-kDa surface protein from the murine myeloblast cell line M1, which naturally expresses CD135, and to inhibit the binding of Flk-2/Flt3 ligand to CD135.