BD™ CompBeads can be used as surrogates to assess fluorescence spillover (Compensation).  When fluorochrome conjugated antibodies are bound to BD™ CompBeads, they have spectral properties very similar to cells.   However, for some fluorochromes there can be small differences in spectral emissions compared to cells, resulting in spillover values that differ when compared to biological controls.  It is strongly recommended that when using a reagent for the first time, users compare the spillover on cells and BD™ CompBeads to ensure that BD™ CompBeads are appropriate for your specific cellular application. 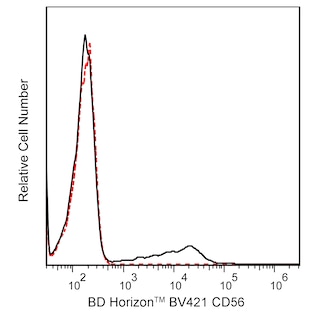