Immuno-oncology (IO) focuses on exploiting the immune system to elicit appropriate anti-tumor responses and to block the progression of cancer. The immune system is naturally equipped with defense mechanisms to prevent invasion by pathogens. Immunological checkpoints, such as programmed cell death protein-1 (PD-1) and CTLA-4, are an integral part of the repertoire of checks and balances available in the body for preventing attacks on its own immune cells. Such an ability to discriminate between self and non-self is critical for preventing uncontrolled immune responses. Cancer cells and the tumor microenvironment, however, can adopt these immunological checkpoints to pose as “self” molecules and evade the natural defense of the body’s own immune system. Tumor cells can express the PD-1 ligand (PD-L1) on their surface to bind with PD-1 and activate this brake or off-switch of the immune system. Immuno-oncology approaches involve breaking this manipulation of immune checkpoint proteins by using inhibitors (e.g., anti-PD-1/PD-L1 agents) to block PD-1/PD-L1 interaction and allow the recognition of tumor cells by the immune system.1 Combining immunotherapy with other standard of care options, such as surgery, radiotherapy and chemotherapy, has also been adopted recently. 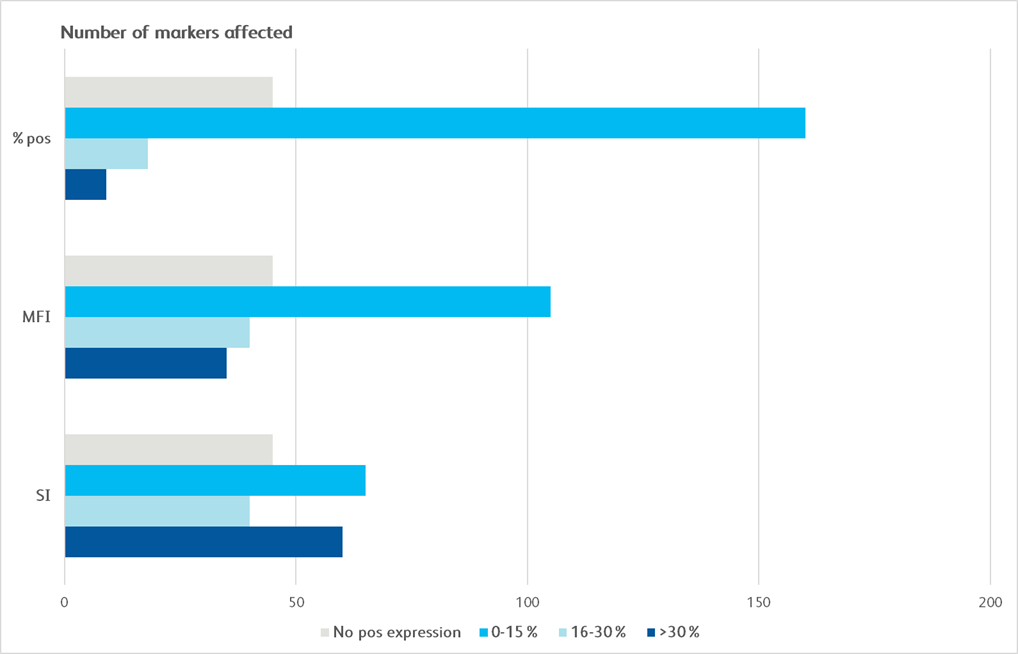 Alexa Fluor is a trademark of Life Technologies Corporation.

Cy is a trademark of Global Life Sciences Solutions Germany GmbH or an affiliate doing business as Cytiva.