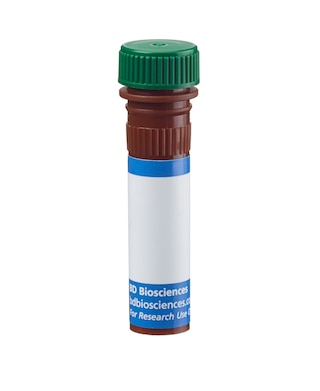 BB515
The BD Horizon Brilliant™ Blue 515 (BB515) dye is part of the BD Horizon Brilliant™ Blue family of dyes. This dye is a polymer fluorochrome with an excitation maximum (Ex Max) at 490-nm and an emission maximum (Em Max) of 515-nm. Driven by BD innovation, BB515 is designed to be excited by the blue laser (488-nm) and detected using an optical filter centered near 520-nm (e.g., 530/30-nm). BB515 reagents are significantly brighter than equivalent FITC or Alexa Fluor™ 488 reagents with less spillover into the PE detector. Please ensure that your instrument’s configurations (lasers and optical filters) are appropriate for this dye.
BB515
Blue 488 nm
490 nm
515 nm
564549 Rev.2
Citations & References