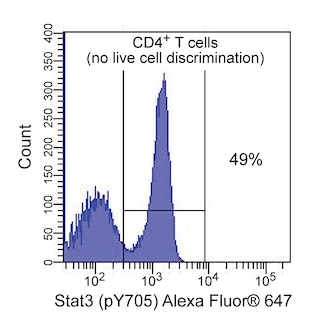 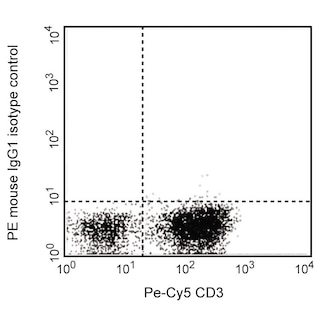 The J15A7 monoclonal antibody specifically binds to the mouse Toll-like receptor 9 (TLR9), which is also known as CD289. It recognizes the TLR9N fragment of mouse TLR9 and does not crossreact with human TLR9. TLR9 is a type I transmembrane protein that belongs to the TLR family whose members play fundamental roles in pathogen recognition and activation of innate immunity. TLR9 recognizes unmethylated CpG sequences in DNA molecules.   It is expressed by numerous cells of the immune system including B lymphocytes, monocytes, natural killer cells, and subsets of dendritic cells (DC). It is primarily expressed intracellularly within the endosomal compartments. TLR9 functions to alert the immune system of viral and bacterial infections by binding to microbial DNA that is rich in CpG motifs. TLR9 signaling leads to the activation of cells that produce proinflammatory cytokines, such as type-I interferon and IL-12. It can also help induce B cell proliferative responses. TLR9 can reportedly be detected on the surfaces of some DC subsets.

PE
R-Phycoerythrin (PE), is part of the BD family of Phycobiliprotein dyes. This fluorochrome is a multimeric fluorescent phycobiliprotein with excitation maximum (Ex Max) of 496 nm and 566 nm and an emission maximum (Em Max) at 576 nm. PE is designed to be excited by the Blue (488 nm), Green (532 nm) and Yellow-Green (561 nm) lasers and detected using an optical filter centered near 575 nm (e.g., a 575/26-nm bandpass filter). As PE is excited by multiple lasers, this can result in cross-laser excitation and fluorescence spillover on instruments with various combinations of Blue, Green, and Yellow-Green lasers. Please ensure that your instrument’s configurations (lasers and optical filters) are appropriate for this dye.
PE
Yellow-Green 488 nm, 532 nm, 561 nm
496 nm, 566 nm
576 nm
565640 Rev.1
Citations & References