The monoclonal antibody was purified from tissue culture supernatant or ascites by affinity chromatography. The antibody was conjugated to Alexa Fluor® 647 under optimum conditions, and unreacted Alexa Fluor® 647 was removed. Store undiluted at 4°C and protected from prolonged exposure to light. Do not freeze.
Show More 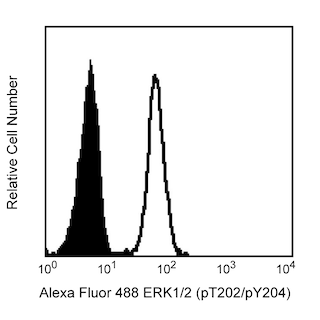 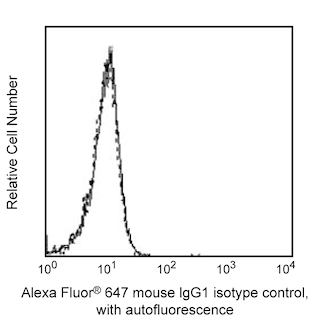 The serine/threonine kinase 3-Phosphoinositide-Dependent Protein Kinase-1 (PDPK1, also known as PDK1) contributes to the activation of many important kinases in the insulin and IGF-1 signaling pathways.  It acts downstream of phosphatidylinositol 3-kinase (PI3-kinase) to phosphorylate residues in the activation loops of many cellular kinases, including protein kinase B (PKB/Akt), PKC isoforms, p70 S6 kinase, and PDPK1 itself.  The autophosphorylation of PDPK1 at serine 241 (S241) has recently been suggested to play a role in the regulation of PDPK1.  It has been proposed that PDPK1 activity plays a key role in the regulation of various cellular events such as cell proliferation, differentiation, and apoptosis.

The J666-653.44.17 monoclonal antibody recognizes the phosphorylated S241 in the activation loop of human PDPK1.  The orthologous phosphorylation site in mouse and rat PDPK1 is S244.