Store undiluted at 4°C and protected from prolonged exposure to light. Do not freeze. The monoclonal antibody was purified from tissue culture supernatant or ascites by affinity chromatography. The antibody was conjugated to Alexa Fluor® 647 under optimum conditions, and unreacted Alexa Fluor® 647 was removed.
显示较多信息 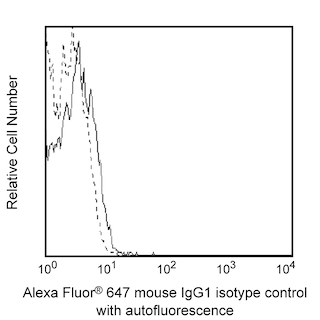