This SKU will be discontinuing Jul 2022 or until supply ends. Suggested alternate SKU is [563531] or for additional support, contact your local applications specialist. Contact us

A useful control for demonstrating specificity of staining is either of the following: 1) pre-block the conjugated G265-8 antibody with ligand (e.g., recombinant human IL-8; Cat. No. 554609) prior to staining, or 2) pre-block the fixed/ permeabilized cells with Purified Mouse Anti-Human IL-8 (Cat. No. 554717/550419) prior to staining. The staining technique and use of blocking controls are described in detail by C. Prussin and D. Metcalfe. An appropriate PE-mouse IgG2b isotype control to use on fixed and permeabilized cells is PE Mouse IgG2b, κ Isotype Control (Cat. No. 555058). 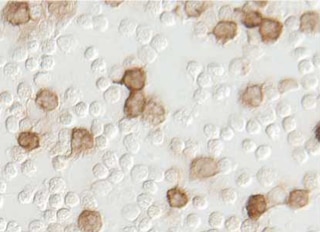 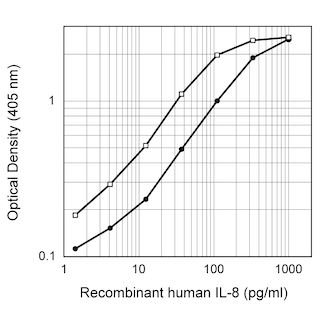 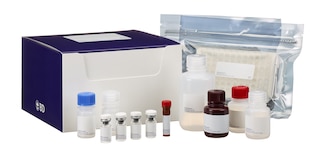 The G265-8 monoclonal antibody specifically binds to both the 72 and 77 amino acid isoforms of human Interleukin-8 (IL-8). IL-8 is secreted as an 8-9 kDa, non-glycosylated proinflammatory chemokine protein also known as chemokine (C-X-C motif) ligand 8 (CXCL8). IL-8 is synthesized as a 99 amino acid precursor that is proteolytically processed into several isoforms. The 72 amino acid isoform is produced by monocytes, macrophages, granulocytes, epithelial cells, and fibroblasts in response to pro-inflammatory stimuli including cytokines and microbial agents. It is also expressed by endothelial cells, fibroblasts, keratinocytes, lymphocytes, and a variety of tumor cells. In response to IL-4, IL-10 and TGFβ, the cellular production of IL-8 is inhibited. IL-8 is crucial for the activation and recruitment of neutrophils to inflammatory sites. IL-8 is also a chemoattractant for basophils and T-lymphocytes. IL-8 possesses angiogenic activity and can be associated with tumor angiogenesis and metastasis. The 77 amino acid IL-8 isoform is primarily produced by endothelial cells. This larger isoform is reportedly a less potent neutrophil activator than the 72 amino acid isoform. IL-8 binds to and signals through two G-protein-coupled receptors, IL-8RA (CXCR1/CD181) and IL-8RB (CXCR2/CD182).

PE
R-Phycoerythrin (PE), is part of the BD family of Phycobiliprotein dyes. This fluorochrome is a multimeric fluorescent phycobiliprotein with excitation maximum (Ex Max) of 496 nm and 566 nm and an emission maximum (Em Max) at 576 nm. PE is designed to be excited by the Blue (488 nm), Green (532 nm) and Yellow-Green (561 nm) lasers and detected using an optical filter centered near 575 nm (e.g., a 575/26-nm bandpass filter). As PE is excited by multiple lasers, this can result in cross-laser excitation and fluorescence spillover on instruments with various combinations of Blue, Green, and Yellow-Green lasers. Please ensure that your instrument’s configurations (lasers and optical filters) are appropriate for this dye.
PE
Yellow-Green 488 nm, 532 nm, 561 nm
496 nm, 566 nm
576 nm
554720 Rev.3
引用＆参考文献