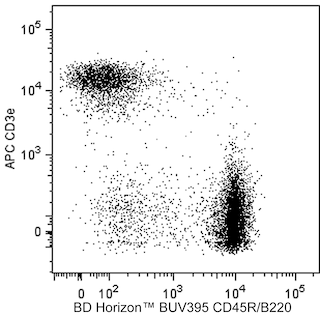 Biotin
Biotin is a ubiquitous co-factor (also known as Vitamin B7) that has many properties that make it extremely useful for molecular biology. Biotin has an extremely high affinity for the Avidin family of proteins (Kd = 10-15 M), making it the perfect tool to link two molecules. Biotin labeled antibodies can be combined with any number of Avidin-conjugated probes in order to customize an assay to a particular need. This is especially useful in the case of magnetic cell separation using streptavidin/magnetic bead conjugates, or in the case of flow cytometry using streptavidin/fluorophore conjugates.
Biotin
567659 Rev.1
Citations & References