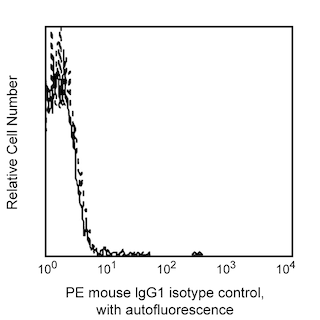 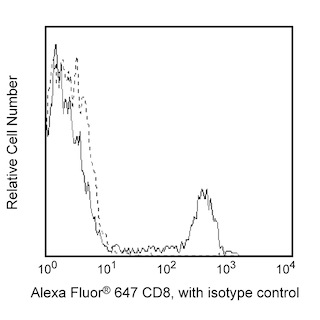 The GB11 antibody specifically reacts with human granzyme B, a serine protease of  approximately 32 kDa.  Granzyme B is stored in the granules of cytotoxic T lymphocytes and NK cells along with the pore-forming protein perforin. In the classic model of target cell lysis, perforins create holes in the target cell membrane allowing entrance of granzymes.  Granzyme B has been shown to act on specific substrates including caspase-3, -7, -9, and -10 which in turn give rise to enzymes that mediate apoptosis. Granzyme B may also be involved in the hydrolysis of extracellular matrix components.  Detectable levels of granzyme B have been detected in sera from healthy volunteers. The immunogen used to generate the GB11 hybridoma was human granzyme B isolated from an NK cell line.

PE
R-Phycoerythrin (PE), is part of the BD family of Phycobiliprotein dyes. This fluorochrome is a multimeric fluorescent phycobiliprotein with excitation maximum (Ex Max) of 496 nm and 566 nm and an emission maximum (Em Max) at 576 nm. PE is designed to be excited by the Blue (488 nm), Green (532 nm) and Yellow-Green (561 nm) lasers and detected using an optical filter centered near 575 nm (e.g., a 575/26-nm bandpass filter). As PE is excited by multiple lasers, this can result in cross-laser excitation and fluorescence spillover on instruments with various combinations of Blue, Green, and Yellow-Green lasers. Please ensure that your instrument’s configurations (lasers and optical filters) are appropriate for this dye.
PE
Yellow-Green 488 nm, 532 nm, 561 nm
496 nm, 566 nm
576 nm
561142 Rev.1
Citations & References