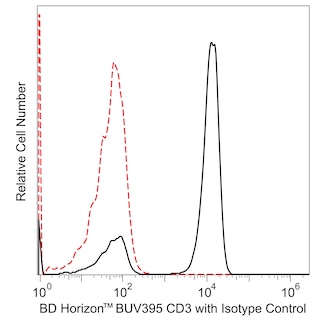 The 433H monoclonal antibody specifically binds to C-C chemokine receptor type 8 (CC-CKR-8 or CCR8) which is also known as CD198, GPRCY6, CY6, CKRL1, CMKBR8, CMKBRL2, or TER1. CCR8 (CD198) is a seven-transmembrane, G-protein-coupled, glycoprotein receptor that belongs to the beta chemokine receptor family. CCR8 is expressed on monocytes, macrophages, eosinophils, Langerhans cells, thymocytes, and vascular smooth muscle cells. It is preferentially expressed on some T cell subsets including skin resident memory T cells, type 2 T-helper (Th2-like) cells, and T regulatory cells. CCR8 is a receptor for the chemokine C-C motif chemokine 1 (CCL1), also known as SCYA1 or I-309, and plays a role in regulating monocyte and T cell chemotaxis and thymocyte apoptosis. CCR8 may play a role in lung T cell recruitment in asthma and can serve as an alternative coreceptor to CD4 for HIV-1 infection. The 433H antibody reportedly neutralized the chemotactic response of cultured T cells to CCL1.